In Post-Traumatic Stress Disorder a traumatic event is not remembered and relegated to one’s past in the same way as other life events. Trauma continues to intrude with visual, auditory, and/or other somatic reality on the lives of its victims. Again and again they relieve the life-threatening experiences they suffered, reacting in mind and body as though such events were still occurring.
Babette Rothschild

Although the quote above refers to PTSD, the most extreme form of psychological trauma, much of what it mentions applies to other forms of trauma and continued stress as well: events in the past have not yet been processed and have not yet found a wholesome presence in one’s life. These events could have taken place in one’s childhood, far from daily consciousness, or they might have occurred more recently. Some have experienced dangerous situations first-hand as the targeted person, while others might have witnessed situations they find difficult to shake off. In the case of vicarious trauma it is first responders, humanitarian workers and counsellors and therapists who become so affected by the situations they find themselves in, or the stories they hear, that they themselves suffer symptoms of trauma. 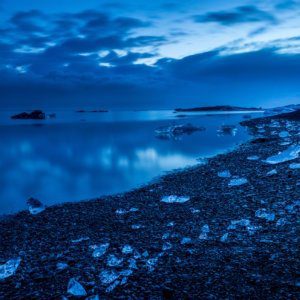 PTSD and trauma are not always easy to recognise. They could show up through periods of depression, apathy or extremely high levels of irritability, anger and violence. If trauma is not addressed in a wholesome manner, the traumatised individual might inflict new trauma on other people. As CG Jung wrote: “The healthy man does not torture others – generally it is the tortured who turn into torturers.”

Traumatic experiences often have to do with a sensed loss of control over one’s destiny, which can be very disconcerting, or with feelings of isolation or abandonment. Some experts believe that the healing process requires individuals to relive their trauma in an attempt to re-establish a sense of self, and a sense of sequence. Others take a more careful approach, like Michael White, who warns against the risk of re-traumatisation through unnecessary exposure. For White, the emphasis lies on strengthening patterns of strength and resilience among individuals suffering from trauma.

In my work with traumatised individuals from war-affected areas in East-Africa and with individuals who had to flee home and hearth due to their sexual orientation I have experienced that the interaction between counsellor and client has to be informed by the unique situation, abilities and strengths, and the desires of the client. Trauma demands a thorough response from those who are afflicted by it so they can regain some measure of control over their own lives again. Analyst and trauma-expert Donald Kalsched believes that effective interventions restore the “inner sanctuary to which the beleaguered ego repairs in time of crisis, [which] is also a world that opens onto transpersonal energies.”

Therefore: under beneficial circumstances, traumatic events can become portals to a new life.